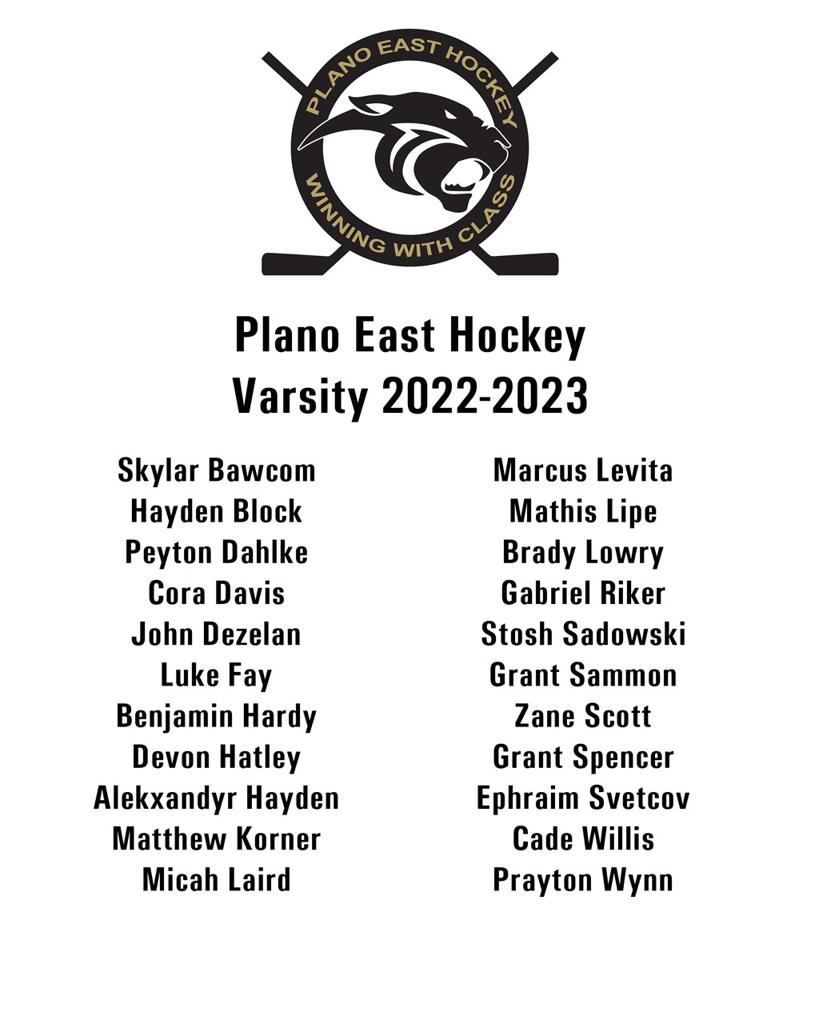 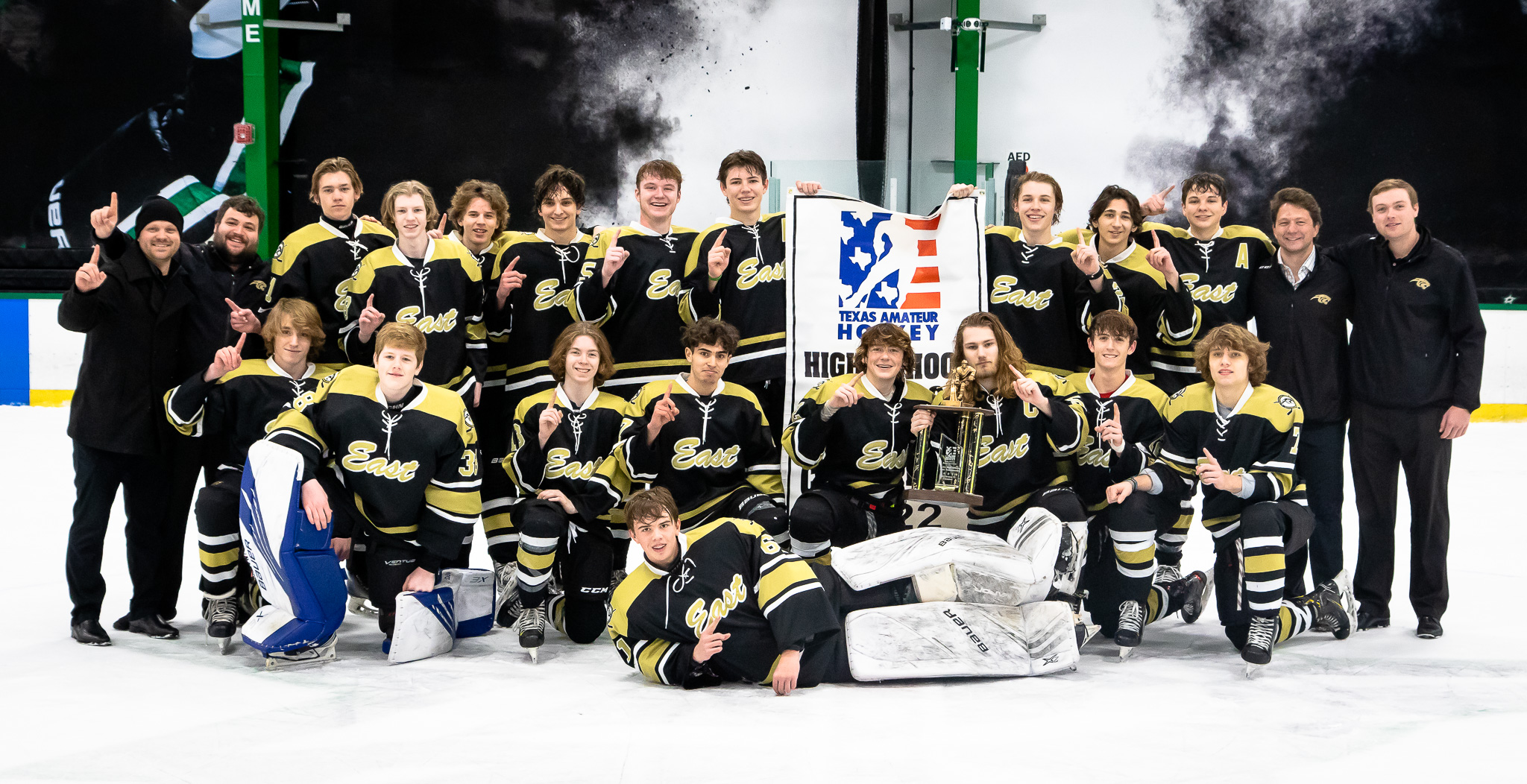 Varsity opened their Texas State Tournament campaign Friday against Mansfield, coming back from being down 2-0 to win 3-2 on goals from Bawcom (2) and Levita.

On Saturday morning, PESH battled Prosper, once coming back from a deficit before making a comeback to win 4-2. Goals from Criss (2), Keith, and Lowry.

Saturday afternoon had the team facing Coppell. The comeback kids once again had to come back from a 2-1 deficit before running away with it in the 2nd period, finishing with a 7-3 victory to send the team into the Championship game against Birdville. Goals from Criss (3), Bawcom (2), Keith, and Willis.

Sunday morning saw a battle of unbeatens facing off for the State 2A Championship. The high powered PESH vs the big, hard hitting Birdville.  No comebacks were necessary in this one as 3 first period goals gave the Panthers a 3-1 lead, and they never looked back, finally taking the Championship game 6-3. Goals from Bawcom (2), Loncar, Keith (2), and Morrow contributed to the victory.

The Championship run was led by the top line of Captain Jud Criss, Skylar Bawcom, and Aaron Keith, who combined for an incredible 36 points for the tournament.  Goalkeeper Micah Laird finished with an outstanding 1.82 goals against average and a .938 save percentage.

Plano East came into the tournament ranked number 1 in their division and lived up that ranking by going undefeated all in regulation wins on the way to the championship.  Congratulations to all the players and coaches who have put in such hard work. What an incredible achievement! 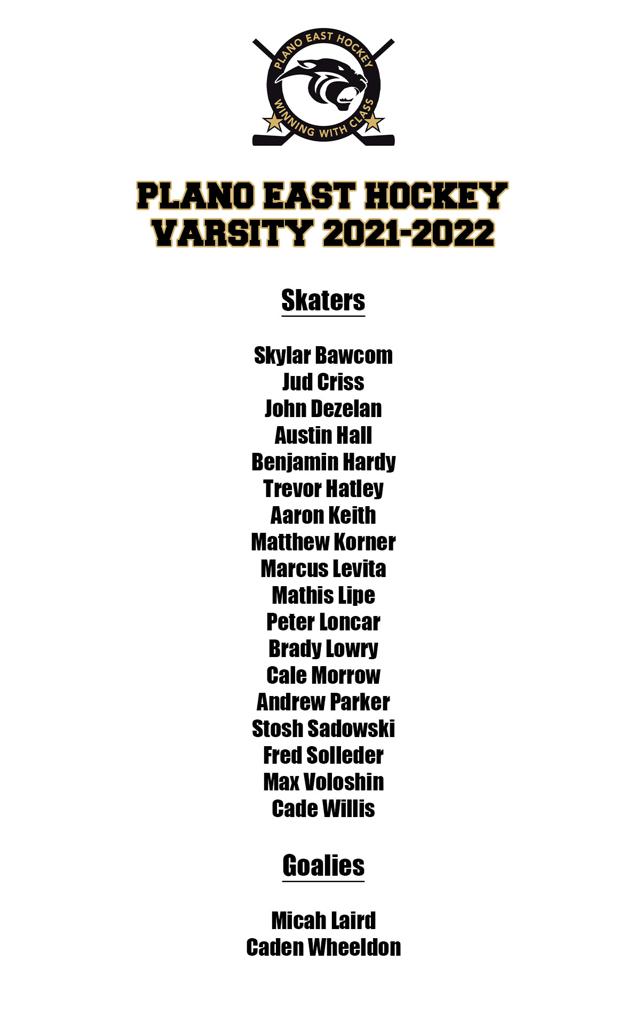